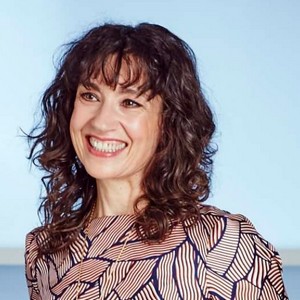 In a world that is changing faster than any of us can quite get used to, business needs people who can not only see the next change coming, but can also explain it to the rest of us. Sue is one of these rare people. She’s a “clarifier”. In the rapidly changing world of media, Sue has been ahead of the curve for three decades, and remains at the forefront of the industry’s evolution.

She has helped advertisers such as Mars, DFS, Direct Line Group, CRUK, Tesco, Universal, and Sky to connect with consumers by bringing a succession of new ideas to the advertising and media industry. She set up the first strategic planning unit in a media agency, pioneered the use of Integrated Communications Planning, foresaw the dramatic shift from the age where advertising messages were “pushed” out towards consumers to the age we live in today when brands and consumers are in constant dialogue, and was instrumental in broadening the limited world of advertising into the wider world of “content”.

In a time when companies that stand still are sunk, Sue has consistently moved MediaCom forwards ahead of the competition – a crucial factor in its rise to become the number one company in its sector and the agency of the decade for an unprecedented second time in a row. Sue’s long-standing – and continuing – importance in the advertising and marketing world is shown by the fact that before taking on her current role she was named by Campaign magazine as “Top planner of the Year” on more occasions than any other individual.

She was Convenor of the 2020 IPA Effectiveness Awards. Editor in chief at Campaign, Gideon Spanier, says: “Sue has led the way when it comes to driving change and challenging stereotypes” In her current role she drives transformation for MediaCom and their clients. The annual Transformation Week festival brings leading edge developments to MediaCom’s clients (in 2020 there were over 3000 delegates), and Sue is currently spearheading MediaCom’s Agile transformation and leading a project to drive market leadership in creating a more sustainable business future for the industry.

She is a qualified Scrum master, and Agile practitioner. Sue has for many years transcended her natural introversion to take her place as an ad industry spokesperson at conferences and forums. In 2016 she reached out to a wider public with the publication of her book The Glass Wall, success strategies for women at work and businesses that mean business – called the year’s most significant addition to the debate on gender diversity at work. She is leading the development of the first ongoing analysis of diversity in advertising that covers everyone behind and in front of the camera. Project ADA (working title) is launching in 2021 and is a stepchange for the industry.

Sue’s new book, Belonging, the Key to Transforming and Maintaining Diversity, Inclusion and Equality at Work, about the next steps to achieve Diversity and Belonging at work is published by Bloomsbury in October 2020. Josh Graff, UK Country Manager & Vice President, Marketing Solutions EMEA & LATAM, LinkedIn says: “Belonging is full of brilliantly practical advice for anyone who is seeking to improve the culture of their team or business. It should be required reading for first time managers to FTSE 100 CEOs.” Jan Gooding, former chair of Stonewall says: “Belonging is an important book for anyone who wants to attract and keep diverse talent. It is full of new voices describing the experience of being different and unable to fully participate and contribute at work. It has practical advice that any one of us could implement the next day to make ourselves more aware and inclusive. If you want to stop just talking about inclusion and start doing something about it - this is the book for you.” Esquire Magazine has called it “The most important business book of the year.” Sue has an advice column in Grazia on #winningatwork. She blogs at www.sueunerman.com and is co-host of the MediaCom Connected Podcast. Her first book on marketing “Tell the Truth, Honesty is your most powerful marketing tool” was published in summer 2012. Campaign magazine called it “one of the most influential marketing books of 2012”. She was a member of the UK Government Digital Advisory Board. Cabinet Minister Rt Hon Francis Maude MP wrote; “The advice and guidance we have received from you has been invaluable”. She was Internationalist Magazine Agency Innovator 2012 and served on the University of Oxford Public Affairs Advisory Group. Sue is a contributing media editor to Brand Republic and sat on Oxford Today’s Editorial Advisory Board. She was a member of the Open University Council, the OU’s Strategic Planning and Resource Committee and Women’s Aid’s Key Supporters Group. This year she was included in the Involve Heroes list for women who have championed gender equality at work for the fifth year in a row, and in 2017 was designated as one of the Female Lead’s inaugural 20 in data. Drum has included her in their list of 25 women who have defined digital marketing in the last 25 years. CEO Today Magazine have listed Sue in their 2019 Business Women of the Year Awards.

Sue was honoured to be included in the IPA’s ilist in 2020. She has been made a Fellow of the IPA.